A subject that I think we’ve yet to discuss in class is don Quixote’s wisdom. Despite his many, many rash actions, don Quixote is actually a man of great wisdom. It struck me particularly true (and personally) when reading about Camacho’s wedding. 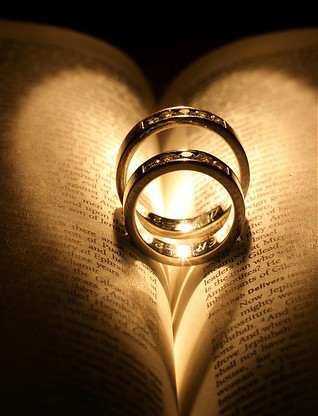 He advises Basilio on leading his life with Quiteria in such a way as to both hold true to love and practicality.

‘… and he went on to say that the marriage of those who love each other was the most excellent end, pointing out that the greatest enemy that love has is hunger and continual need, because love is all happiness, joy, and contentment, especially when the lover is in possession of the person he loves, against whom need and poverty are determined enemies. And he said all this to show Basilio that he should stop practicing the talents that, although they gave him fame, didn’t bring in money, and that he should try to earn a living by legal and industrious means, which the prudent and diligent never lack.’ Don Quixote, 1605 &1615, Ch 22, Miguel de Cervantes, Lathrop Translation.

He here draws a line between passion (whether that for a job or for love) and practicality. Aka, doing what you want is fine and all but keep in mind what’s going to put food on the table and that no love will remain if both are beset by need and poverty. He offers a proverb about how “a capable wife is her husband’s crown.” Proverbs 12:4

Of course, in a completely expected turn, he then starts listing the ways in which a man should look for a wife because ‘”… if you bring a bad one, it will be difficult to correct her…”‘ Don Quixote, 1605 &1615, Ch 22, Miguel de Cervantes, Lathrop Translation.

But that’s besides the point. Right after those… enlightening words, Sancho makes a very particular (or would it be peculiar?) remark:

‘Sancho heard all this and said to himself: “This master of mind, when I say things of pith and substance, usually says that I could take a pulpit in my hands and wander about the world preaching beautiful things; but I say about him that when he begins to link maxims together and give advice, not only could he take a pulpit in his hands, but two on each finger and roam through the plazas and be treated royally. May the devil take you, you knight-errant — you know so much! I thought  in my soul that he only knew things about knight-errantry, but there’s nothing he doesn’t nibble on and he puts his spoon into everything.”‘ Don Quixote, 1605 &1615, Ch 22, Miguel de Cervantes, Lathrop Translation.

Interestingly enough, while in class we often remark on don Quixote’s madness (whether or not he’s actually insane etc) and through all the arguments towards the don’s sanity, I’ve yet to hear someone base their argument on his knowledge and wisdom. It’s been remarked upon but not truly appreciated for what it is.

When you weigh in Don Quixote’s extensive wisdom and knowledge against his madness, then I think we can see the beginning of furthering our understanding of the novel.

However, it can also be said that “actions speak louder than words.” In this case, are there enough words to speak out over his actions, or do his actions drown out his words?