I caught it while snacking, cookie in one hand and book in the other. In the fifteenth chapter of the book, don Quixote -after being beaten by Glacian muleteers- says that knight shouldn’t raise his sword against those who haven’t been knighted.

Let that sink in for a second.

“But I’m to blame for everything since I shouldn’t have raised my sword against anybody who hasn’t been dubbed a knight.” Don Quixote, Miguel de Cervantes, 1605 & 1615, Chapter 15.

In the one instance where I can condone his violence in protection of Rocinante… he does this. 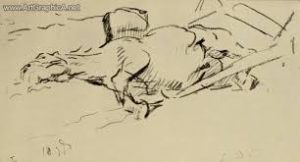 Has he not attacked other muleteers before (first inn he visited)? Has he not attacked mere merchants? Or friars that he dubbed to be sorcerers? Furthermore, isn’t it the job of a knight to wrong evils? How does he claim that he’ll fight no-one but a knight when knights are precisely what he shouldn’t be fighting? He blames the code of chivalry (unjustly) and then further violates it by swearing to take up arms against those of honor, not those of evil.

“And I think as punishment for having transgressed the laws of chivalry, the got of battles has allowed me to be punished for it. So, Sancho Panza, let me tell you something, because it’s important for the health of both of us, and that is that when you see such rabble trying to beat us up, don’t wait for me to take up my sword against them, because I won’t, but rather take up your own sword and punish them to your heart’s content. And if some knights-errant come to assist and defend them, I’ll be able to defend you and attack them with all my might, and you’ve had a thousand proofs how far the might of my arm extends.” Don Quixote, Miguel de Cervantes, 1605 & 1615, Chapter 15.

This begs into question: Is don Quixote a hypocrite who changes around the code of chivalry to suit himself as he sees fit, or is he such a coward that he can’t stand to face reality? 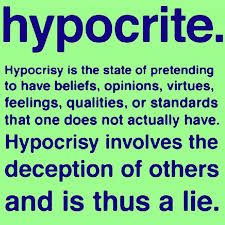 I think, personally, that this is the more likely of the two options. It is a hypocrisy born out of arrogance -which we know he has plenty of (see Maritornes, Don Quixote, Miguel de Cervantes, 1605 & 1615, for example). It has even been stated directly in the *book!

*”Such was the arrogance the poor senor had after he conquered the brave Basque.” Don Quixote, Miguel de Cervantes, 1605 &1615, Chapter 15.

The self-proclaimed knight-errant changes his tune any time he faces any kind of challenge to his world view. A good example is saying that the giants changed back into windmills once he was unseated and his lance broken.

An even greater example comes in both chapter 14 and 15 with Marcela. He threatens any of the men who approach her with death then chases her through the forests for two hours before giving up.

His hypocrisy comes in two parts, where he thinks himself able to do what others can’t (which can also be read as arrogance) and where he warps and lies about the codes, ethics and laws of chivalry to cover himself.

In that same vein, a strong argument can be made for cowardice. That his arrogance is but a front, a facade to hide his insecurities. The strongest bit of evidence that I’ve seen (or comes to mind at the very least) is in the very paragraph I quoted above. 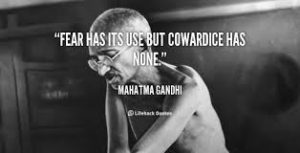 Don Quixote says that he will refrain from attacking others who aren’t knights (I’ll refrain from exclaiming about character development since it has no relevance on our topic), which can easily be taken to mean that he’s afraid of reprisal should he not be skilled or strong enough to win.

He again lies to Sancho later, after the incident of the inn:

“And I can confirm this for having seen that when I was near the walls of the corral witnessing the unfolding of your sad tragedy, I couldn’t get over the walls, much less get off Rocinante, because they mush have enchanted me…” Don Quixote, Miguel de Cervantes, 1605 &1615, Chapter 18

One can take this to mean that he was too scared to join in on the scuffle. Too scared of being hurt. Too scared of the reality that he’s not, in fact, a knight and that this farce will collapse over his head.

I feel the need to point out that I’ve blurred the lines of my own opinion through writing and gathering evidence for this so I’ll leave you off with this:

Is don Quixote an arrogant hypocrite? Or is he an insecure coward?