Taking Advantage of the Disadvantaged

In Chapters twenty-six through thirty-six.  there is a great disturbance happening to Don Quijote. On the other hand, Don Quijote has become convinced that he is being ‘   treated exactly as he had always read that knights were treated, in ancient times it was the first time he was ever fully convinced that he was a real rather than, somehow, an imaginary knight errant.’ ( Don Quijote, Volume II, Chapter 31, Page 521).  Assuming the knight- errant himself is being treated in a hospitable manner, he is overall being taken advantaged by the following people who have wealth and power as their credentials to do so, the Duke and Duchess. They play a role in indulging in his fantasies, verifying him as a true grand knight in their presence. 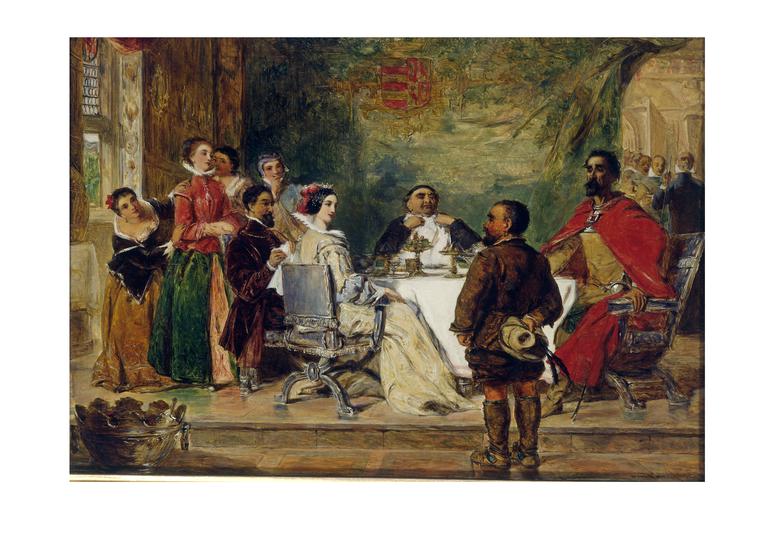 ‘ And then, as they walked into a huge courtyard, two lovely young ladies appeared and draped over Don Quijote’s shoulders a long cape of the finest red wool, and suddenly all the entrances to the courtyard were crowded with the male and females servants, crying in the loud voices.’ ( Don Quijote, Volume II, Chapter 31, Page 521)

This is evidently clear that trickery in this scene is being performed inside and by the Duchess. This relieves Don Quijote in transforming his temporary royal stay. The Duchess and Duke take the liberty in engaging his madness while at the same time take charge in manipulating his mind.

Another example of manipulation would be setting the setup ambush. In chapters thirty-four and thirtyfive, during the boar hunt, there appeared ‘ ululating cries uttered by Moors, as they rush into battle; trumpets and bugles blew, drum beat, flutes, and fifes twittered, and all this was so jumbled together, so rapid and unrelenting, that anyone in his right mind would have lost it in the confused blaring.’

Although some of these me proclaimed themselves to be devils, there is no other way to interpret the fact that royalty from the beginning played all the angles on Don Quijote as well as his indulgent squire Sancho. As for the squire, they deceived him that he will inherit his island.

” By God, no, Sancho my friend, because acting in Don Quijote’s name I hereby make you governor of an island I just happen to have available, and not such a tiny one, either.”

This is evidently clear that trickery is being performed in the interior and exterior of the castle walls of royalty.  This relieves Don Quijote in transforming his temporary royal stay. The Duchess and Duke take the liberty in engaging his madness while at the same time causing a deed of corrupting his mentality.

Some people possess tactics in influencing people. Manipulation has a clever taste in reeling people in. I have been manipulated by older sibling countless times. The truth was unbearable to hear when the confession was made. Then I came to note that out of good intention manipulation can be performed.  However, manipulation can bear a dark side.It can upset people with an ounce of deception.

However the solution, which reaches out to those interested especially Don Quijote and Sancho,  in overcoming it  would be understanding its strength and ability, and guard ourselves against it for future reference. This will come in handy, probably for someone who can change the course of manipulation and be the advantage one rather than a disadvantage.