How is Don Quixote the Hero and Bully?

Hero and bully are opposite words. A bully is someone evil who uses force to gain something. While a hero defends those who cannot defend themselves. It is very interesting reading about the character Don Quixote. In some situations he is extremely kind and helps characters, while other times be bullies innocent people. But nonetheless, a hero cannot be evil. Don Quixote is not a hero because he has hurt innocent people.

Constantly Quixote is putting himself and Sancho in very dangerous situations. He persuades his unintelligent neighbor to be his squire, and in return give him an island. This isn’t noble of Quixote to trick Sancho into coming with him. Sancho has a wife and children, yet Quixote still puts him in bad situations. “They began to rai blows down on them with great zeal and eagerness. The truth is that with the second blow they knocked Sancho to the ground, and the same ting happened to Don Quixote, and all his skill and courage were of no use to him.” (Don Quixote beginning of Ch.XV, Cervantes) This is a perfect example of Quixote promising to use his skills to defeat the “evil” men. While the ironic part is he is the evil person.

Don Quixote doesn’t only physically hurt people. In chapter XVI, after staying at an inn, Quixote refuses to pay. That can hurt the innkeeper’s business. Quixote feels very entitled since he believes he is a knight. But in reality, he isn’t. He needs to awake from his mad dream, and own up to his responsibilities. There is consequences for your actions, and right now Quixote doesn’t believe that because his “title.”

Another example is when Quixote sees dust and believes there is a major battle going on. Sancho tells him the dust is from a large herd of sheep, but Quixote doesn’t believe him. He charges the sheep and kills seven of them. The shepherds defending there sheep, threw rocks at him to stop him. Quixote had no right to kill these shepherd’s sheep. He is insane and doesn’t understand his actions. No wonder he doesn’t apologize, he just drinks his “magic” potion to heal him. He also gives this potion to Sancho. The liquid makes both of them extremely sick. He has no clue what he is doing, he could of poisoned Sancho accidentally and killed him. Quixote is no hero. 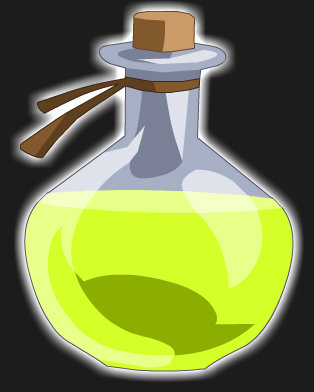 Don Quixote has been negatively affecting Sancho too. It is shown first when Quixote and Sancho both refuse to pay at the inn. The second time is once Quixote knocked the priest off his horse, Sancho stole from him. They clearly aren’t following any noble codes, rather they are robbers.

In conclusion, Don Quixote is evil. He isn’t a noble man, and there are repeated examples throughout this story. He is truly insane and believes his actions do not have consequences. While he thinks he is helping people, he is only hurting them. Just like when he “thought” he saved the slave boy, but did the complete opposite.