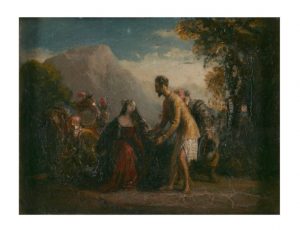 Loyalty is a big theme throughout Don Quixote. Sancho is loyal to Don Quixote, Don Quixote is loyal to Dulcinea, and Dorothea is loyal to Ferdinand. All of these examples of loyalty, though, have some kind of lie or deception buried in them.

Sancho Panza started his journey off with Don Quixote because of the wealth he thought he would accumulate by the end of it. Sancho has been through ups and downs with Don Quixote, and Sancho has endured as many beat ups as Don Quixote. He’s has been through so much with him that at this point, anyone can tell that Sancho loves Don Quixote and enjoys being his squire. But from what is seems like, I don’t think Sancho is going to get an island or any kingdom to rule anytime soon. Don Quixote might not understand it, but he’s deceiving Sancho. Sancho is following Don Quixote blindly, and he’s putting up with many things for Don Quixote – such as his beat ups and traveling sicknesses – for nothing.

Even though He’s been lying to Sancho (maybe unknowingly), Don Quixote is also an example of loyalty in the novel. Don Quixote goes to hell and back for Dulcinea; he does things such as fighting Giants, freeing prisoners, and having half of his ear sliced off during battle in the name of Dulcinea. He goes as far as beating his loyal squire, Sancho, for insulting his lady Dulcinea (Cervantes, XXX). Don Quixote sends anyone he encounters to Dulcinea almost as a sacrifice because of the love he has for her. Dulcinea isn’t even real though. All the things he’s doing for her will have no results from her because she’s made up and just apart of his head.

From our main characters and examples, the reader might ask if  Cervantes is questioning the purpose to loyalty. Is Cervantes saying that loyalty will not bring you any good in the long run because there is always a form of deception or lie in a relationship? Maybe Cervantes thinks people make excuses for those lies and deceptions, and they develop that loyalty because of love. A good example of this is Dorothea. 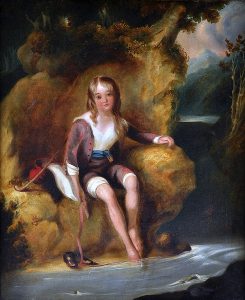 Dorothea was a beautiful girl, and she was so desirable that she caught the attention of a man named Ferdinand. Dorothea had been warned by her parents to stay away from Ferdinand, and she had followed their advice so carefully and obediently. One night, Ferdinand snuck in her room, and Dorothea, afraid of being forcefully deflowered, agreed to marry Ferdinand and slept with him (Cervantes, XXVIII). Days later, Dorothea heard about Ferdinand marrying a girl named Luscinda. She then fled into the forest in shame and acted like a farm boy before Cardenio, the priest, and the barber found her. Dorothea is a big example of loyalty in this novel because she was waiting for a man that promised her marriage and had taken her virginity but didn’t keep his promise. This was another example, that Cervantes threw in, of deception in a relationship but loyalty and love being the excuse for it. I think the overall message, that I understood, is that those who are loyal can easily end up hurt because one end of the relationship is always deceitful and not wholehearted, but love is always going to be the driving factor and it will prevail over it. Dorothea had a happy ending. She and Ferdinand ( I think this is unfortunate ) ended up back together, and she was happy in the end. I think Cervantes was saying that love is not always in vain because happy endings are always achievable, as we saw in the case of Dorothea, but many times people are lied to, so whats the point of  being loyal if it ends up being to bad things?