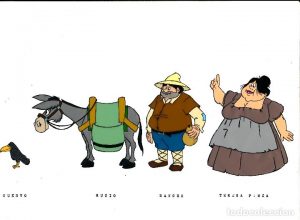 Sancho has always been such a lovable character. I have always thought of him as a gullible, fat, little kid throughout this novel because Sancho has always seemed so innocent. Sancho has proven to be a loyal squire to Don Quixote. After all the time Sancho spent with Don Quixote, Sancho definitely learned to be like him and he learned how to deal with him as well. He learned how to deceive Don Quixote in order to get what he wanted. Because of this, no one would have ever imagined Sancho being such a good leader. Both he and his wife, Teresa, exceeded everyones expectations with how good their judgment was in tricky situations. 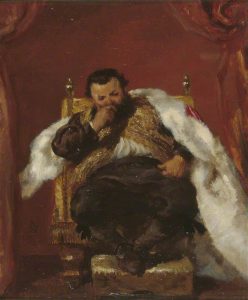 One of the things Sancho does that makes him look like a good leader is that he takes advice. Before leaving Don Quixote, Sancho and Don Quixote talked about what he should and shouldn’t do. Don Quixote gave him points on how to be a good leader and it seems that Sancho kept those words close to his heart. In this section of chapters we see Don Quixote giving Sancho advice again on how to be a good governor. Sancho again takes this advice. This is something that no one sees, but its one of the biggest things that makes him such a good leader, he’s not corrupt and unwilling to accept counsel. He even accepts advice from his wife Teresa.

Teresa has been very distant in this novel. The reader hasn’t come across her enough times. Because of this, I connected my image of Teresa Panza to Sancho’s image; I thought of them as two people with the same characteristics and even some of the same physical traits. Upon learning about her husband’s governorship, Teresa had a letter written for Sancho. Teresa advised Sancho not to go above and beyond his god given – sphere and Sancho accepted that counsel. He listened to his wife words when he realized he couldn’t handle governorship and left it behind without bitterness and remorse. He realized that it wasn’t the kind of life he wanted, so he went back to a simplistic style of life where he was just as happy. 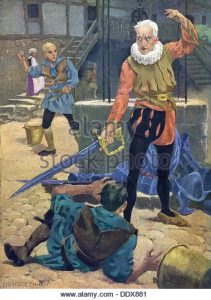 Teresa showed good judgment in giving her husband advice that she knew he would need. She also showed good judgment when deciding who was going to write her letters for Sancho and the Duchess. Samson was volunteering to write the letter for her but she did not trust him. Something just did not sit well with her, so she refused his offer and took her business elsewhere. This was good because had she let Samson write that letter, Samson would have written something completely different, and he probably would’ve embarrassed Sancho and Teresa. She had her husbands back in this case.

Another instance where Sancho just excelled at governing was when he made the only laws for his kingdom. Sancho’s set of rules reflected things that the peasants and lower classes would benefit from. “He made so many good rules that to this day they are preserved there, and are called The constitutions of the great governor Sancho Panza”(Cervantes, 51). He did not want to be a strict ruler, and these were his only laws. They were so good that the novel says they were kept.

Sancho and Teresa might’ve seemed like goofy, unreliable characters throughout the novel, but in these chapters, Teresa proved to be just as wise as her husband. We’ve already seen Sancho progressing throughout the novel, but he certainly shines as a wise man here, and that is such a great thing to be able to see Sancho have his dreams fulfilled and still be able to step back and be happy.

A semi-common motif within the novel Don Quixote is cross-dressing. It is, to my observation, not because the woman (most usually) identifies as a man or any number of non-binary genders, but because of the social constraints placed on women during the 17th century. Gender is a social construct, an ever evolving assumption that the differences […]