Backtracking a little bit into chapter 37 of the novel, I find Don Quixote engaged in… discourse.

This chapter-and-a-half long speech extolling the arduousness of chivalry, and it’s superiority, over that of the life of a scholar, shows, as remarked upon several times in the text, the keen intellect that drives don Quixote.

He delivers an incredibly well thought-out speech that quite rightly swayed me to, at the very least, see his point of view.

I particularly enjoyed the students who live in poverty (speaks to the broke college student that I am):

“So, I say that the travails of the student are these: mainly poverty, not because they’re all poor, but rather to make their case as forceful as I can, and in saying that he suffers poverty, it seems to me that there is nothing more to say about his misfortune, because he who is poor has nothing that’s good. This poverty is suffered in various ways: sometimes in hunger, sometimes in cold and in nakedness, and sometimes all of them together.” Don Quixote, Chapter 37, Miguel de Cervantes, 1605 & 1615. 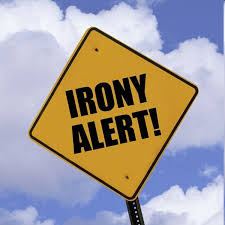 Now, I may not be cold and naked and starving, but with only two meals in the University Cafeteria on weekends, with the metabolism that walking several miles daily induces upon one, I find myself needing to eat more without the liberty to do so. Kinda ironic how students then and now are both suffering under the same conditions (relatively).

Something that also tickled me was that in arguing for arms over letters, he argued as one who had studied letters:

“Since we began with poverty in students and its various aspects, let’s see if the soldier is any richer.” Don Quixote, Chapter 38, Miguel de Cervantes, 1605 & 1615.

The very tone and word choice as well as the process of thought of comparing the two reminds me of the articles that we’ve been reading in class as of late. Not in the subject matter, but in the diction of someone who has studied letters, as the experts whose articles I’ve read are, and as, apparently, crazy, old don Quixote is.

While, in his deluded state, he makes a strong argument for knight-errantry, it must be said that these stories that he bases his information out of are incredibly outdated or are merely meant for entertainment. As such, I can’t trust his sources. 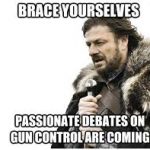 I’d also like to take a moment in memory of the Paddock Mass Shooting. And bask in the irony that 400 years ago Cervantes was remarking on the danger of artillery, and we’ve yet to develop a system of keeping people safe from those who would use them to do them harm.

“Happy and blessed were those ages that lacked the dreaded fury of those devilish instruments of artillery -whose inventor I’m convinced must be in hell as a reward for his diabolical invention- with which it’s possible for a despicable and cowardly arm to take the life of a brave knight. Without knowing how or from where -just at the moment when courage and dash inflame and embolden his valiant heart- along comes a stray bullet, discharged by someone who may have fled in terror and then was startled by the flash from his infernal device, whose shot cuts short in an instant the thoughts and life of a person who deserved to live in many centuries.” Don Quixote, Chapter 38, Miguel de Cervantes, 1605 & 1615.