WHO ARE YOU? This is a question we all ponder in life. It is extremely important to understand who one is. Without understanding, our relations with others are negatively impacted. There are several theories that have been created to help us understand better.  The looking glass theory by Charles Cooley, states people find out their identity through social interactions with others.

This video is by ‘Shots of Awe’ explaining the theory:

Social media for younger generations is a very big factor in their identity. I especially like the part where Instagram is mentioned, how we want to “highlight” certain aspects of ourselves and broadcast it to the world. Thus, creating a stronger more detailed identity.

As humans we are so easily effected by the opinions of others. For example, the first time you walk into a high school classroom everyone immediately stares and laughs at you, you would feel very subconscious about the clothing you have on. Its a natural instinct to feel that way. That is what makes us human, but at the same time is one of our Achilles heels. Because we ‘over value’ certain peoples opinions, ultimately limiting us.

But how does this relate to Don Quixote? He created his identity through reading books of chivalry. He doesn’t use interactions with others to change his beliefs about himself.

At the ending of Chapter 2, Don Quixote is talking to younger women and they begin to laugh at him:

“Your ladyships need not fly or fear any rudeness, for that it belongs not to the order of knighthood which I profess to offer to anyone, much less to highborn maidens as your appearance proclaims you to be.” The girls were looking at him and straining their eyes to make out the features which the clumsy visor obscured, but when they heard themselves called maidens, a thing so much out of their line, they could not restrain their laughter, which made Don Quixote wax indignant, and say, “Modesty becomes the fair, and moreover laughter that has little cause is great silliness; this, however, I say not to pain or anger you, for my desire is none other than to serve you.” (Don Quixote by Miguel de Cervantes) 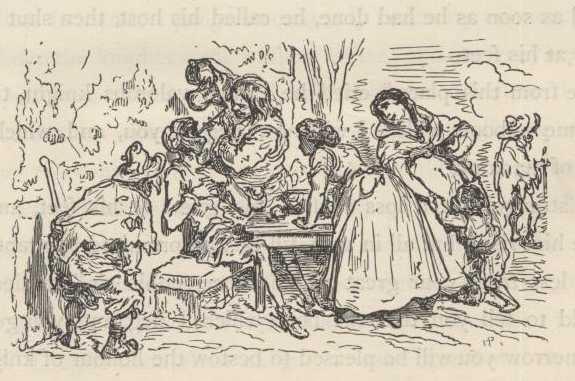 My own identity is a product of a very long list of events. Some were amazing moments of awe while others took me to the lowest darkest depths of raw human emotions. While I am still growing up and learning, I know my morals. I know my purpose. I know who I want to become. I am confident in that person. And I accept it.

Don Quixote knows who he is, and won’t change because the young women are laughing at him or because he got beat up. While scholars say at the end of the book, he changes from an idealist to a realist. I believe he never gives up his identity- only changes the way he approaches things. He is brave, confident, and authentic.

These are all characteristics most people want to possess, but seem unsure how to actually achieve them. There is no carved in stone answer how to find an identity. We all must just start somewhere. To quote J.D. Salinger “you’re going to have to find out where you want to go. And then you’ve for to start going there. But immediately. You can’t afford to lose a minute.” (Catcher in the Rye p. 208)