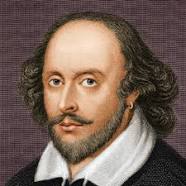 Shakespeare was and is, the face of classic literature. Quite possibly the most revered artist of his time and still one held in incredibly high esteem, his work influences the written arts throughout Europe and North America. Both he and Miguel de Cervantes are regarded as virtuosos in their art, both leaving lasting effects and far-reaching influence in the wake of their stories.

I believe that we see this influence in “The Curious Impertinent,” with the complex love story. I’d argue that the ending, where Lothario and Camilla elope and Anselo is left by his lonesome is too tame an ending for Shakespeare though, with whom several people have to die in a single story.

However, the entire time I was reading this short story, the only thing that I could think of was Shakespeare, and how similar this was to his style. For fun, I gave the story a more dramatic and tragic Shakespearean twist.

In true Shakespearean fashion, I would’ve had Camilla actually kill herself by accident instead of just suffering from a minor stab wound and then Lothario would commit suicide. Later, I’d have Anselmo speak with Leonela, who would confess everything to him. In a fit of rage, he’d kill her and then distraught with guilt and sorrow, he’d take his own life. Only the not-so-secret lover of Leonela would be spared though he’d carry this with him for the rest of his days.

Can anyone guess which play I’m using to twist the story? 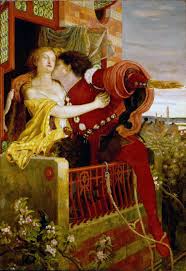 Shakespeare was brilliant, even if I don’t particularly enjoy his stories. If you guessed “Romeo and Juliet” as a basis for further Shakespearean influence on the story, then you guessed right.

But, having seen how the story is most likely influenced by Shakespeare, I question how else the book as a whole might’ve been influenced?

I question and after some light research using the tool known as the Internet, I find that Miguel de Cervantes is 17 years William Shakespeare’s senior, that “The History of Cardenio,” written by Shakespeare is alluded to be influenced by the character Cardenio who appears in the first part of “Don Quixote.”

That’s what the Internet says but I can’t say I agree. I feel like there are too many parallels to be drawn between the two writers for them not to have been influenced by each other on a mutual basis.

While, as far as we are in “Don Quixote,” we’ve yet to experience much in the way of tragedy, and the types of humors they use are different (see more prevalent potty humor in Shakespeare and violent humor in de Cervantes), both make liberal use of main characters who are completely obsessed with a goal… to the point of going insane- see Hamlet in “Hamlet” and don Quixote in “Don Quixote.”

Of course, I don’t know how much was translated in between languages in those times but the playwright William Shakespeare and the novelist Miguel de Cervantes did indeed, to my greatest belief, influence each other’s works on a mutual basis, even if marginally.