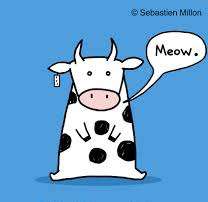 Don Quixote can be viewed in many ways; A crazy old man, a dreamer, a risk taker, etc. These many interpretations can answer the question of why this story has stayed relevant for centuries. His late onset identity crisis can be viewed as inspiring and reminds us that identity isn’t always what we show the world, it’s what we choose to show the world. Don Quixote’s relatable qualities bring out the dreamer in all of us. It also connects us to the past by reminding us that the world is constantly changing and so are we as individuals.

Don Quixote’s biggest move is the changing of his name. Our names are the pillar of our identities. Don Quixote wanted to give light to his past in his name, “so he tried to think of one that would reflect both what he’d been before he was the horse of a knight-errant and what he’d had become.”(pg.24) This is important because it shows that Don Quixote didn’t want to forget who he was he just wanted to fulfill his true identity.

Personally, I think Don Quixote is brave. It takes a lot of courage to change the person people perceive you as into the person you want to be.  Lets take a modern example- Caitlin Jenner. Caitlin Jenner spent a good portion of her life hiding her true identity from the world.  Although Don Quixote’s revelation didn’t call for televised interviews or his own TV show the two are very similar. Both waited until later in life to change their identities, as well as faced ridicule for their decisions. Although 400 years apart their message is the same, your identity is what you choose it to be.

Unlike Don Quixote and Caitlin Jenner, a change in identity doesn’t always have to be so abrupt.  When I was younger I wanted to be a “cool kid”. In order to fulfill this desired identity I changed my clothes, the people I associated with, and my hobbies. After some time I found that my new image wasn’t really who I was. Slowly I transitioned from immature punk to responsible adult. I understand this isn’t the same as becoming a self proclaimed knight or changing my gender, but in a way it is. Identity is being who you truly are. Once you reach this point of self righteousness the worrying about others opinions becomes obsolete.

Although at the time Cervantes might not have written this work for inspirational intent,(actually quiet the opposite) he set the foundation for being “true to thine own self” way before it was trendy. Cervantes has taught us that whether its becoming a knight, changing your gender, or being a “cool kid” it is okay to explore and experiment with your true identity.