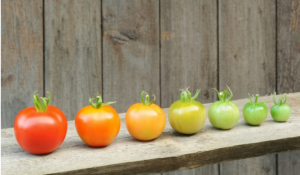 Throughout the first part of the novel, I really wanted Don Quixote to grow up and act like an adult. He was always putting himself in dangerous situations and getting hurt, but maybe if he won his battles more often than he had lost them I wouldn’t have wished that. Don Quixote, in part two, shows the maturity that every reader wished for since day one. He shows this maturity in two separate occasions: the Knight of the Lions episode and at Camacho’s wedding. 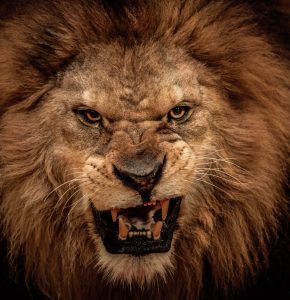 When Don Quixote saw a cart with the kings flag on it, he knew an adventure was to come. Don Quixote stopped the cart and was told that the cart was transferring lions over to the king. In class this week, we learned about the political significance of these lions Don Quixote encountered. Lions are kings of the jungle, and they are very scary, powerful animals, so it is appropriate for them to be symbolic of the king of Spain since at the time Spain was the world power. The driver of the cart described these lions as being so big that “larger, or as large, have never crossed from Africa to Spain” (Cervantes, cap. 17). Of course, Don Quixote’s face lit up with a smile as he plotted up his next mischievous adventure. Don Quixote demanded the door be open so he could show off his bravery and might by facing these lions. 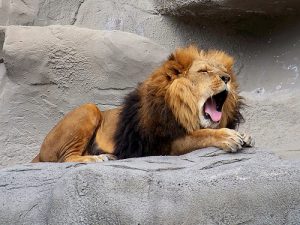 Once the cage was open, the lion stretched, yawned, got up, looked out the cage, and then went back to sleep. As we learned in class, this is a political message from Cervantes where he’s basically calling the nobility and the king lazy. Don Quixote finds it fit to leave the lion alone after that. He did not want to further provoke those lions because, as the tamer had explained, if the lions wanted to fight, they would have fought. This is a change in character for Don Quixote. During the first part of the novel, Don Quixote would have certainly provoked those lions, and he would have gotten himself killed. All Don Quixote wanted in this episode was for people to believe he was brave and strong. 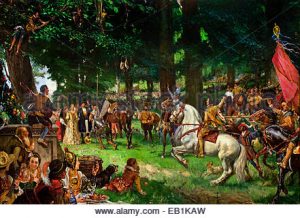 Another instance where Don Quixote showed off his new found maturity was during Camacho’s wedding. Don Quixote personally didn’t approve of the wedding because he believed in marrying for love, not for wealth. Don Quixote showed this kind of mentality back with Marcella and Gristonomo. This mentality was what made the reader before wonder if Don Quixote was actually insane. During this time, marriage was often times arranged and people didnt have a lot of choice with who they married. Quiteria was in a higher class than Basilio, which meant she had even less of a choice because the higher in class you were, the more restricted you were. Marriage was basically a monetary arrangement and Don Quixote did not believe that was right.

After Basilio’s whole, dramatic show, Camacho was of course furious that Quiteria had married Basilio. “Camacho and his supporters were so mortified that they proceeded to revenge themselves by violence”(Cervantes, chp. 21). During this violent outbreak, Don Quixote stood up to everyone and made the fighting stop. He said “we have no right to take vengeance for wrongs that love may do to us”(Cervantes, 21). Don Quixote gave a peaceful speech and stopped entire crowds from killing each other. He was looked to as a voice of wisdom here, and he accomplished what he had intended – even Camacho was left with peace of mind after Don Quixote’s speech.

Its sad to see how many changes Don Quixote has made this time around. At the moment, he doesn’t seem like the thrill seeker he was in the first part of the novel. Although I hated him for being so gullible and ridiculous, its almost upsetting that Don Quixote had some safety button installed in part two. Surprisingly, because he’s changed his approach to his adventures, they’re more entertaining now. The episodes don’t just consist of Don Quixote meddling around and getting his butt kicked, theres more diversity now.