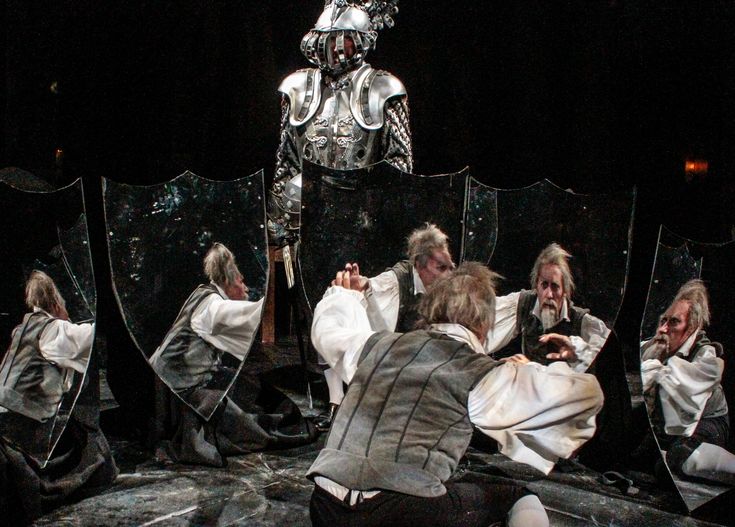 Simply for the sake of messing with don Quixote, Sansón claims, “I swear in heaven’s name, I fought with don Quixote and conquered and overcame him–he’s a tall man with a withered face, his limbs are lanky, and tanned, hair turning gray, an aquiline nose with a bit of a hook, and with a long drooping black mustache” (603). Despite pretending to have already fought don Quixote, Sansón is honest in his description of don Quixote’s withering features, highlighting his old age and suggesting that he is inferior. Don Quixote ends up disregarding Sansón’s intimidations, proceeds to fight him, and wins. Yet, he fails to see Sansón’s point, that he is old, weak, and not fit to pursue knight-errantry. Throughout the novel, don Quixote consistently has trouble seeing what is directly infront of him, which will most likely end up contributing to his downfall.

In the same way that don Quixote completely misses the implications of Sansón’s remarks, he fails to recognize his own metaphorical reflection in Sansón’s behavior as well as his physical reflection in the mirrors on the armor. If he had the agency to notice either of these reflections, he would realize the absurdity that lies within both of them, and thus in his own actions and attitudes. Don Quixote’s confrontation with the Knight of the Mirrors exemplifies his inability to see himself as others see him and his denial of the contraints of time and age.