I find it interesting that a man at Don Quixote’s age would want to change his identity and go out and adventure. You would think someone at a younger age would do something so childish. I also think it is dangerous for him to go out at his age. In chapter one, a young man beat Don Quixote due to Quixote’s lack of sanity. On the other hand, I wish I could get away from the real world like Quixote has done. He is in his own medieval world where he can be and do anything he wants.

A questing that has been on my mind since I started ready the book, why is Don Quixote so fascinated by these books that made him into what he is? What got him to start reading them and start fantasizing about being a knight himself? Another question, why do some of the characters in the story play along with Quixote? In our society today I don’t think anyone would stop to play along with such a crazy man. Instead people would go get help, or ignore him if he was to live among us now.

Like Quixote, I’ve thought about changing my identity. I wondered what I would become and what I could do with that new identity. Could I start over or be known as a better person that I am now? I wouldn’t change my name like Don Quixote did, instead I would just pick another normal name and try to be a new person and not make the same mistakes I did as my old identity. I haven’t changed my identity because I don’t think that it is something you can just change. No matter how hard you try you will always be like your old identity in some way. But for Quixote we don’t know what he was really like before the books consumed his mind.

The character that Don Quixote turned himself into is an adventurous, positive, and courageous knight. He is always positive and it seems like he never doubts himself or his abilities. Quixote is very courageous throughout the book. In chapter 8 he believes a woman is being captured and needs his help so he tries to rescue her.

What is Don Quixote’s purpose? What is his goal when he is a knight and what does he want to accomplish? 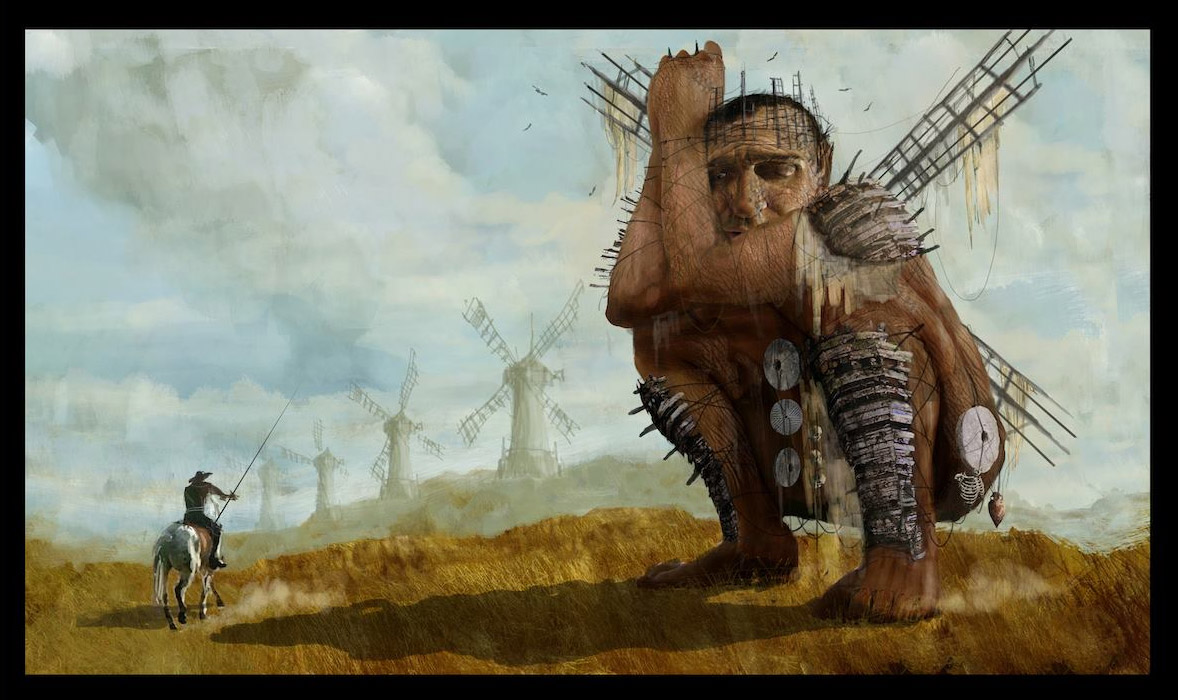 Don Quixote’s imagination is so precise, when he sees inns they are castles and when he sees windmills they are giants. Does this mean he is crazy or is he just trying really hard to picture what he wants to see? I personally think he is crazy and all the books he has read has corrupted his mind. The fact that he has attacked so many people and been so violent shows that he is way to into his character in acting like a medieval knight.

Overall, I think Don Quixote has a unique identity. He is a very interesting man and can catch you of guard with some of the things he does.