A semi-common motif within the novel Don Quixote is cross-dressing. It is, to my observation, not because the woman (most usually) identifies as a man or any number of non-binary genders, but because of the social constraints placed on women during the 17th century.

Gender is a social construct, an ever evolving assumption that the differences between women and men are natural, inherent, and inborn. However, when the world’s societies are all compared, “the vast differences we see among human expressions of gender conclusively illustrate that these differences are as much cultural as they are biological.” (Luke Eric Lassiter, Invitation to Anthropology, pp. 135)

In short, men and women are as different biologically as they are culturally, though these differences are not all based on biology. Many of their behaviors and traits are dictated by their culture, not their biology.

In the novel we witness men being independent, free of will, and free of persecution for their actions. This is something that don Quixote attempts to rectify by challenging the farmer’s son to a duel because of what he has done to Dona Rordiguez’s daughter.

“And I would like you, before you roam those roads, to challenge this wild rustic, and force him to marry my daughter and fulfill the promise he made to be her husband before he slept with her.” (Miguel de Cervantes, Don Quixote, 1605 & 1615, Chapter LII) 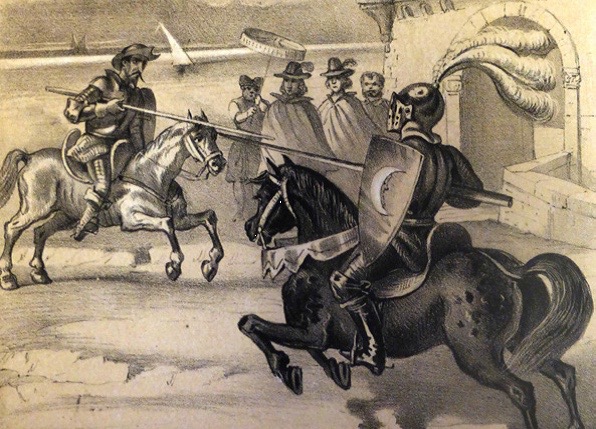 Women are treated as lesser, constrained and chained to their families by society as a whole. It is by cross-dressing, and assuming the freedom, power, and privilege of men in patriarchal societies that women have a hope of escaping their oppression.

The daughter of Diego de la Llana cross-dresses in the clothes of her brother after being held in seclusion for a decade, unable to experience the world and sending her into a state of grief. Even then, she feels guilty for “breaking the laws of propriety”, laws which are held most strictly against women.

“My calamity and misfortune is only that I begged my brother to dress me in one of his suits, and that he take me out one night to see the whole town while our father slept.” (Miguel de Cervantes, Don Quixote, 1605 & 1615, Chapter XLIX)

Historically, there have been many societies that have had any where from two to five genders. Each gender has specific traits, behaviors and even distinct religious responsibilities which are defined and shaped by a constantly adapting culture. In the novel there are women who cross-dress, assume a different gender and all that it entails, but it’s not because they identify as another gender, but because they wish to escape the definition that society has placed on their own gender. This is supported by the stated motivations and ephemeral quality of their actions. Miguel de Cervantes, to my belief, confronts the controversial treatment and status of women in society by depicting repeated instances of women cross-dressing in order to circumvent societal constraints.