Our Hero is Slowing Down

End of Volume I

The first part of Don Quixote starts slowing down with more side stories told at the inn. Don Quixote does not fight for the morals of knighthood as much in this chapter. I think he is starting to realize his work is undermined and he will only get beat up for it. He does fight the man with the wash basin because he was accused of stealing it, but that fight was not of the ordinary. The priest and Barber cheered on the fight even though they are trying to get Don Quixote back home safe and sound, and Don didn’t speak of the knight code and other rambling off about Dulcinea. 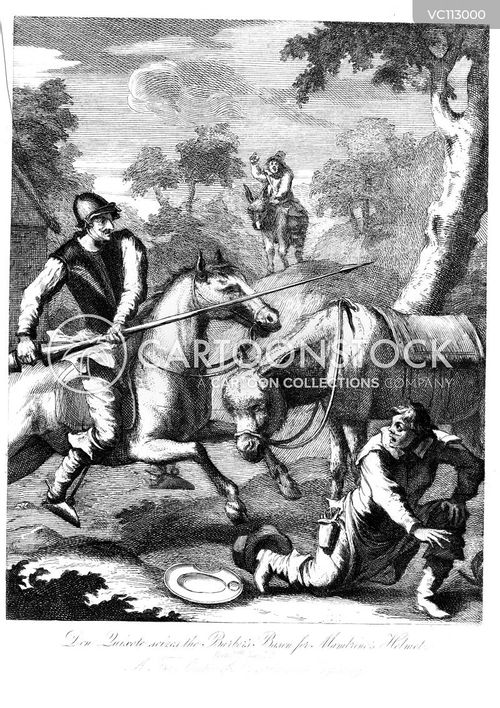 A captive entered the inn and told his story of being in jail and escaping with Cervantes’ attempt to share his own real life struggles of being imprisoned into the book. The captive talks about his woman and how they have traveled and her wishes to be baptized but she does not seem to talk in the book. Many of the women in the book appear to only be inserted to give love or to take love from male characters making them have purpose or making them die of broken hearts.