The Duke and Duchess play jokes on Don Quixote and Sancho because they believe they are fools. An example would be in Part II Ch. XXXII, when they insist to wash Quixote’s beard, but really it is only a huge joke to all the people there. “All those present, and there were a good many, were watching him, and as they saw him there with half a yard of neck, and that uncommonly brown, his eyes shut, and his beard full of soap, it was a great wonder, and only by great discretion, that they were able to restrain their laughter. The damsels, the concocters of the joke, kept their eyes down, not daring to look at their master and mistress; and as for them, laughter and anger struggled within them, and they knew not what to do, whether to punish the audacity of the girls, or to reward them for the amusement they had received from seeing Don Quixote in such a plight.” They first judge off of appearances, which Cervantes numerous times shows why we shouldn’t do that. An example would be earlier in the book when Quixote thinks a theatre group is really what their costumes are. Quixote looks like a complete fool thinking this. I believe Cervantes is using this the other way around, by making the Duke and Duchess be tricked by appearances, they look like the real fools.

Another example would be when they try to wash Sancho with dirty water. Part II Ch. XXXII, “Sancho burst abruptly into the room all glowing with anger, with a straining-cloth by way of a bib, and followed by several servants, or, more properly speaking, kitchen-boys and other underlings, one of whom carried a small trough full of water, that from its colour and impurity was plainly dishwater. The one with the trough pursued him and followed him everywhere he went, endeavouring with the utmost persistence to thrust it under his chin, while another kitchen-boy seemed anxious to wash his beard.” This also shows how Don Quixote’s fantasy is continuing to become a reality. These people are very involved with this story, all from Quixote one day proclaiming he’s a knight. Cervantes is showing the importance, even through a negative scene, that a dream can very easily become a reality. And people might laugh and try to push you down, but keep persevering. 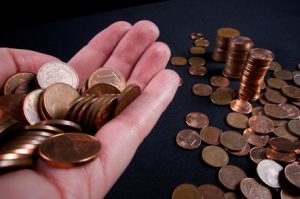 This part of the story highlights again the differences in social classes. The Duke and the Duchess are high upper class, while Don Quixote and Sancho aren’t. These upper class people are so bored, that they read stories, and make fun of the characters. They usually have many workers doing everything for them, so they have lots of free time. These problems were not only in Spain at the time but also around the world.

This part in the story of Don Quixote is very important. It shows why we should want to be like Quixote, rather than the Duke and Duchess. It also continues to show the problems of social classes. A constant issue in this story. Cervantes wants the reader to chase their dreams, not destroy them.